I recently published an article on CodeProject.com about how developers can share their code base across Windows Phone and Windows Store apps using Model-View-ViewModel (MVVM) pattern and Portable Class Libraries (PCL).

If you are windows developer with experience of implementing MVVM or want to implement MVVM, I would request you to read the article and I would be happy to listen to your feedback.

This article explains how developers can utilize the Model-View-ViewModel (MVVM) and .NET portable class libraries to create a common shared business logic across both platforms. We would not be able to cover MVVM introduction in this article, so I expect readers would already know about it, if you don’t know what MVVM is, I would recommend to read some intro articles first on MVVM before continuing further.

For the sake of simplicity and learning, we are going to create a simple contact form app on both phone and tablet, which would look something like sketch below: 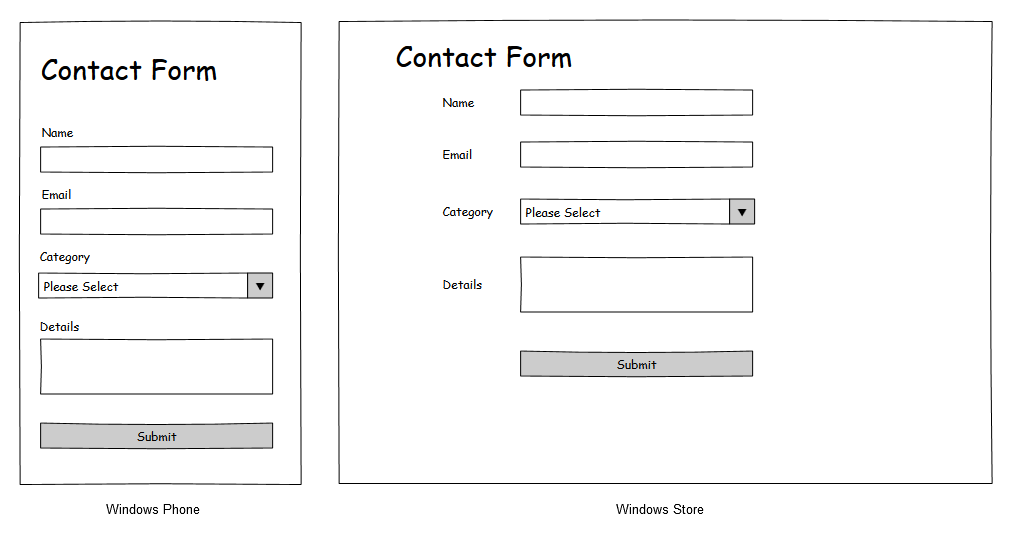 The design goal here is to move all the core business model, view-models, helpers and repositories in a separate portable class library which can be referenced by UI/View projects. The connection of view with view-models would be through data binding and commands etc. 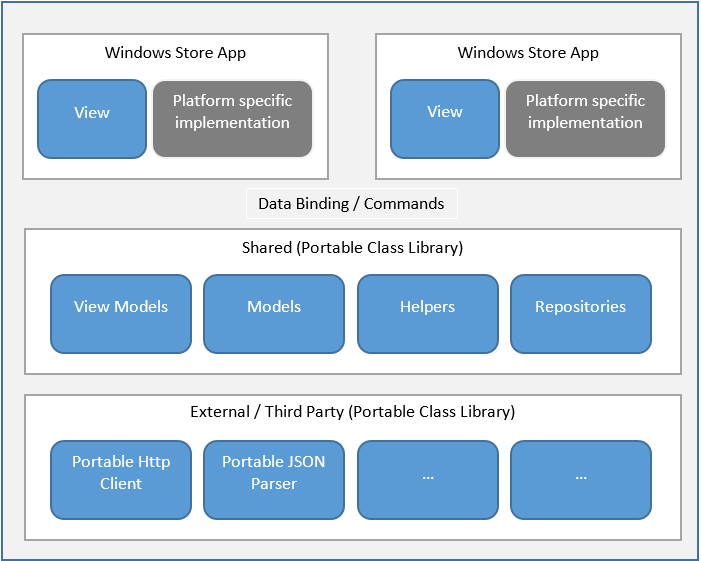 One point worth mentioning here is that helpers and repositories from PCL would further communicate with external portable libraries like e.g. Http Client to perform network operation across both platform using same PCL dll. Now in real world you may not be able to achieve this 100% but it would work in many scenarios.

So let’s start coding! we would create a simple yet naive approach of achieving the design above. Continue reading…

How we do cross platform mobile app development at Nintex

Maintaining your business presence or mobile apps on different platforms is challenging. A lot of companies hire platform specific developers, form one team for each platform which work in their own silos, each responsible to Read more…

This week I attended YOW Connected 2014, a mobile and IoT development conference in Melbourne, and also delivered a session. It was good to meet mobile developers in local community. I delivered a talk “Write Read more…

Model-View-ViewModel (MVVM) is a solid presentation model and the best benefit of this design is that it lets you decouple UI and logic which makes you unit test your logic easily. You will find a Read more…